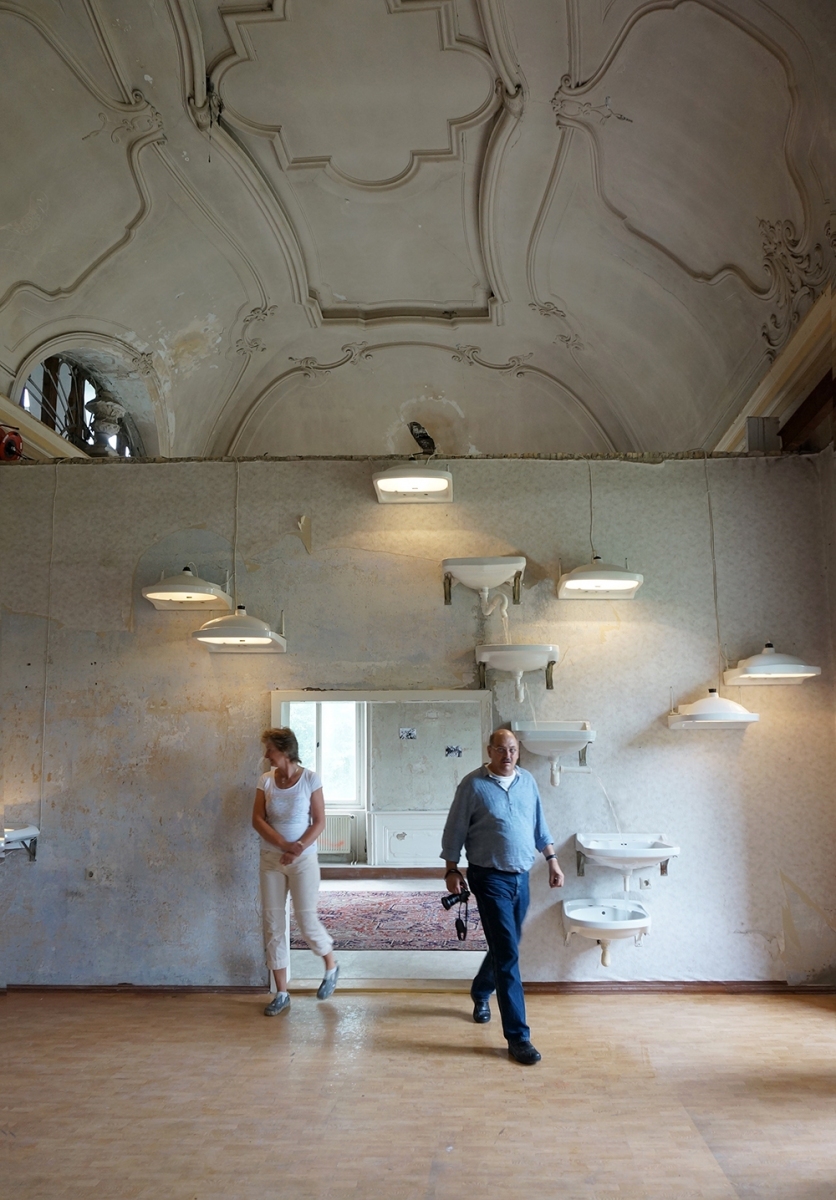 Schloss Gleina was build in the 17th century in the small town of Gleina in Germany. Over time it has housed many families and at the time of the DDR in 1948, the castle was repurposed as a retirement home.

Only recently it was discovered, that what had appeared to be two separated living rooms had once been the grand ballroom and under a dropped ceiling the original ornamented concave ceiling was hidden.

The sinks from when the castle served as a retirement home was reinstalled as a fountain on the remaining parting wall.

The installation was opened for the European Heritage Day 8th September 2013, where national monuments are open for the public. 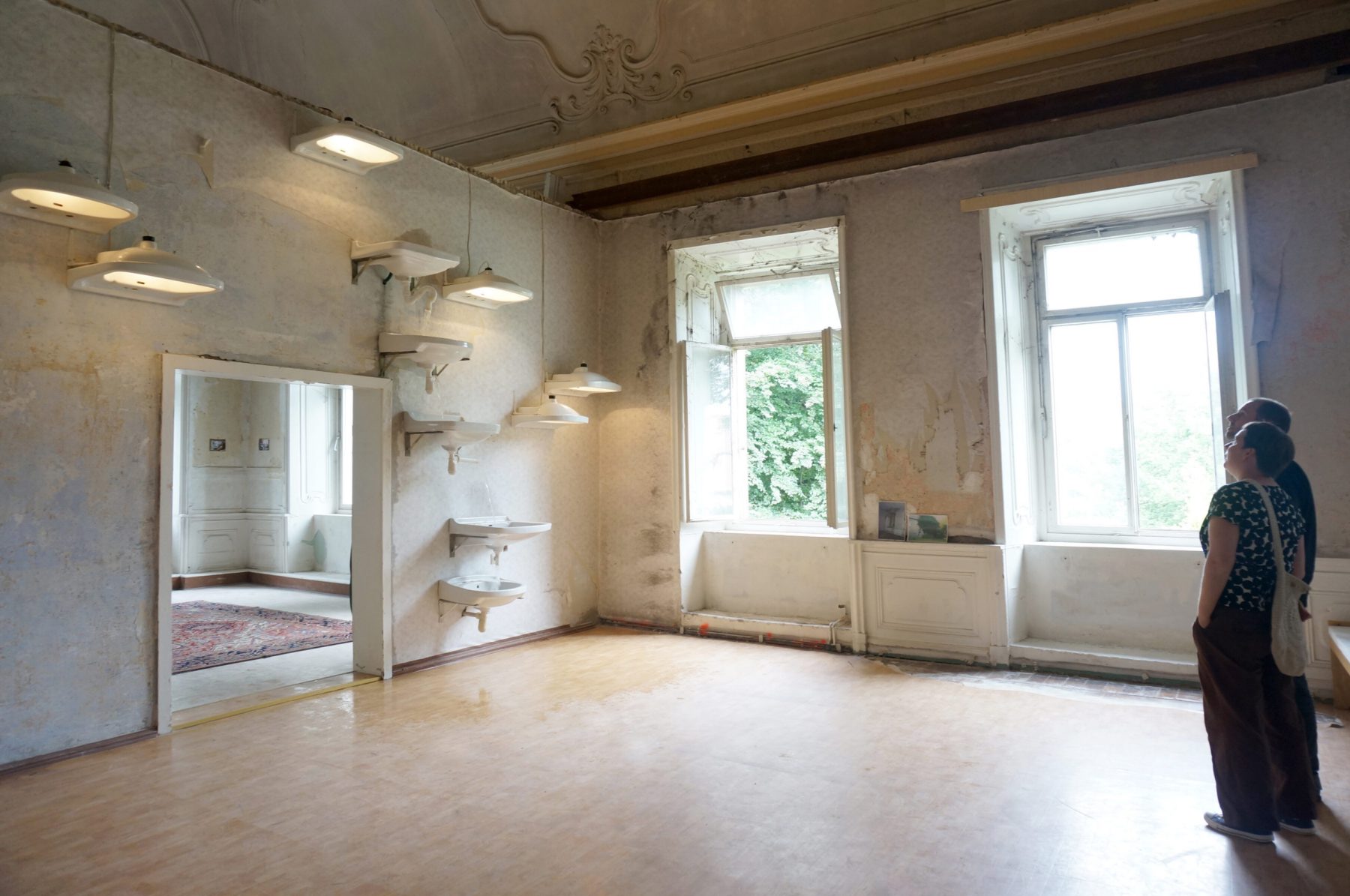 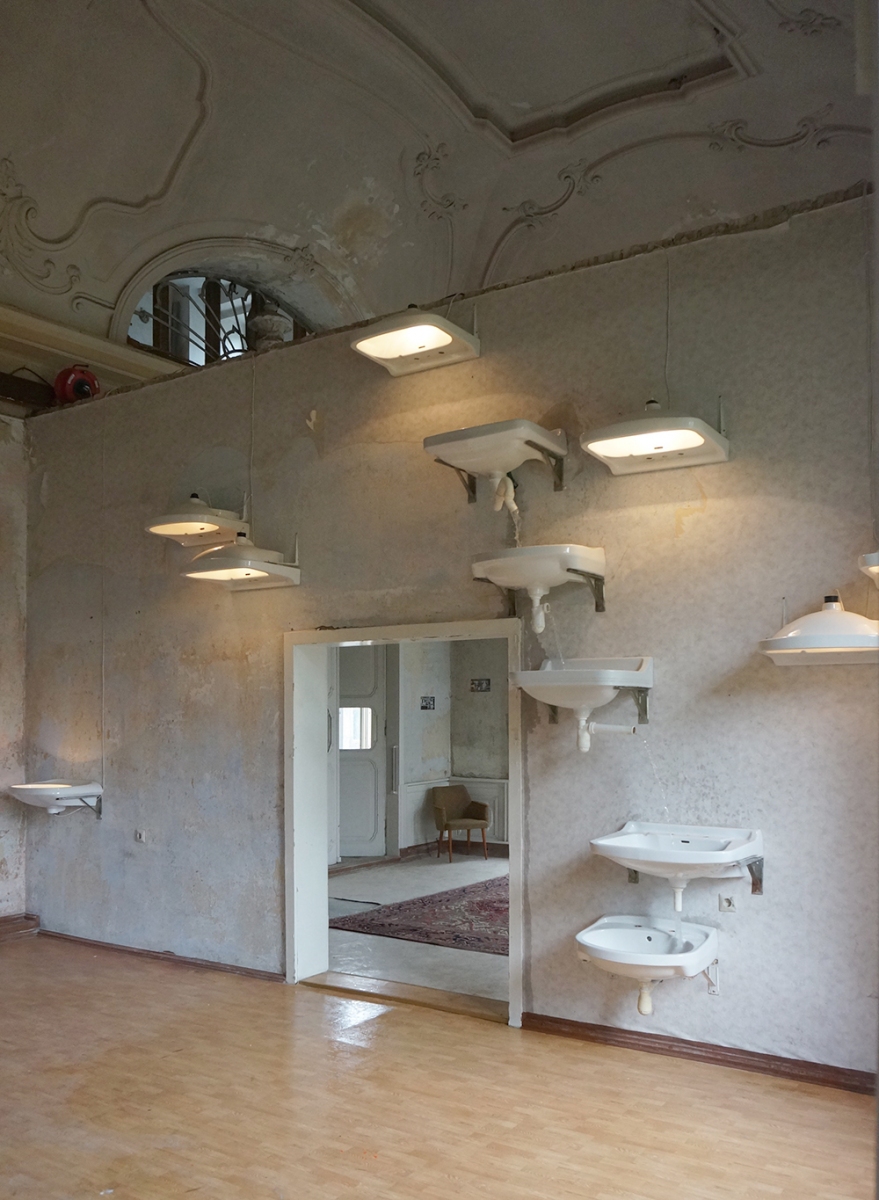 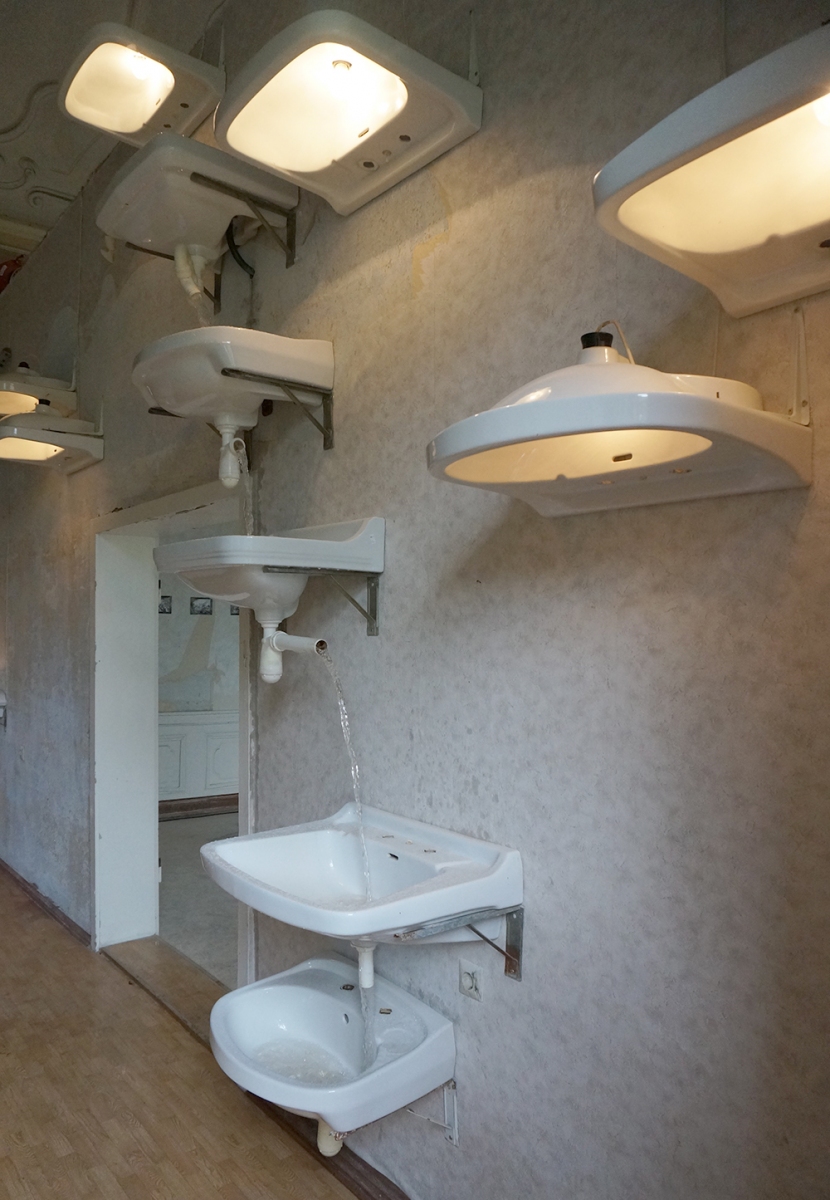 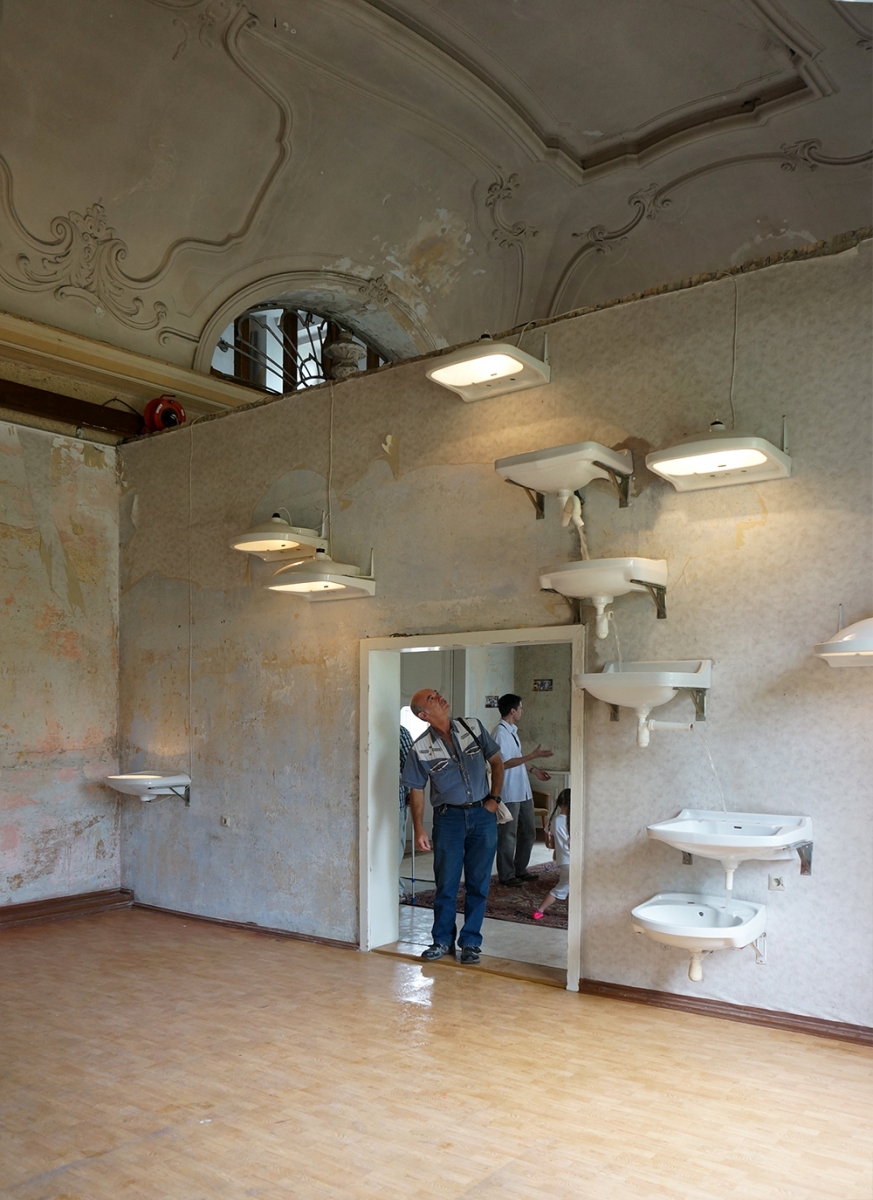 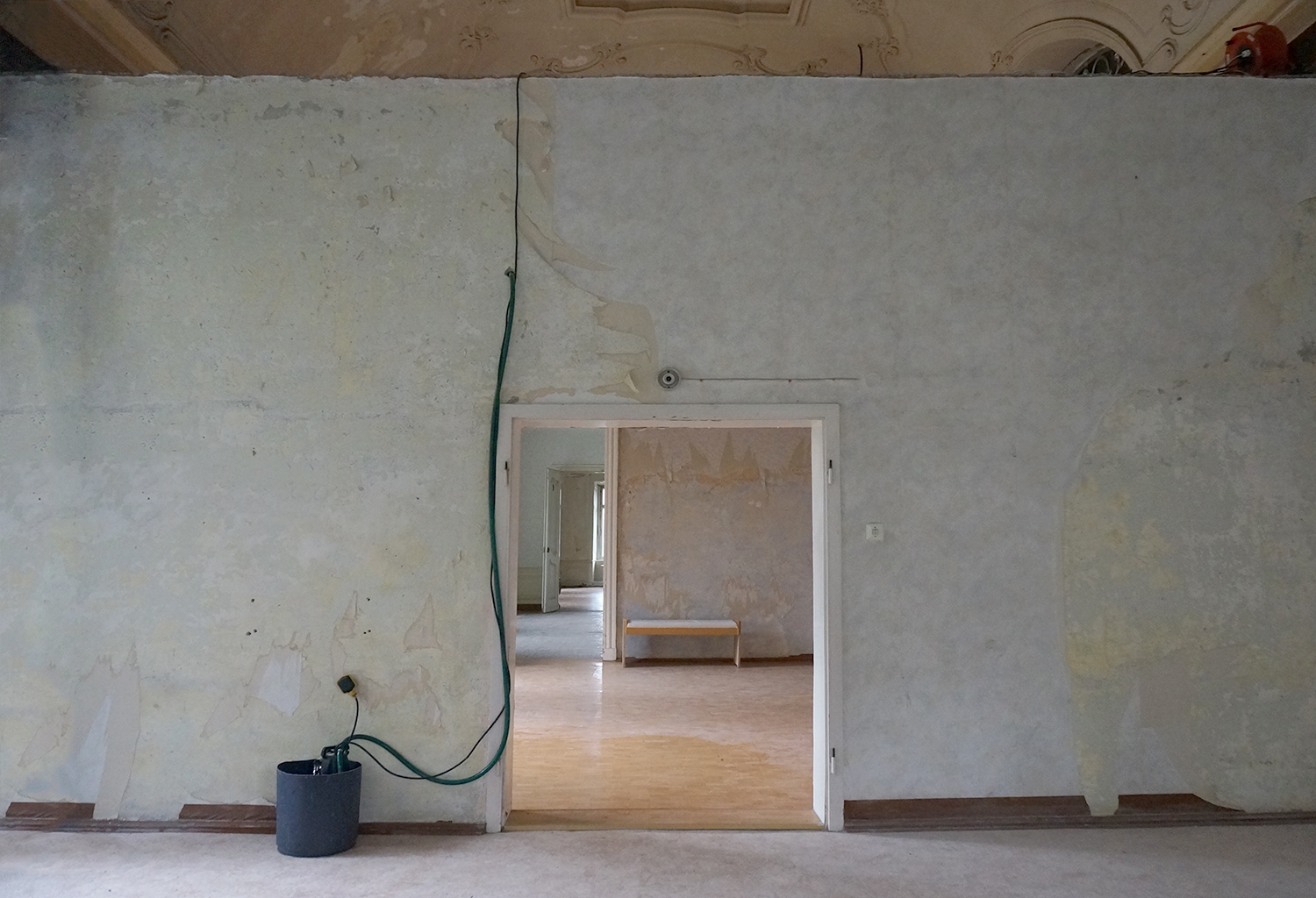 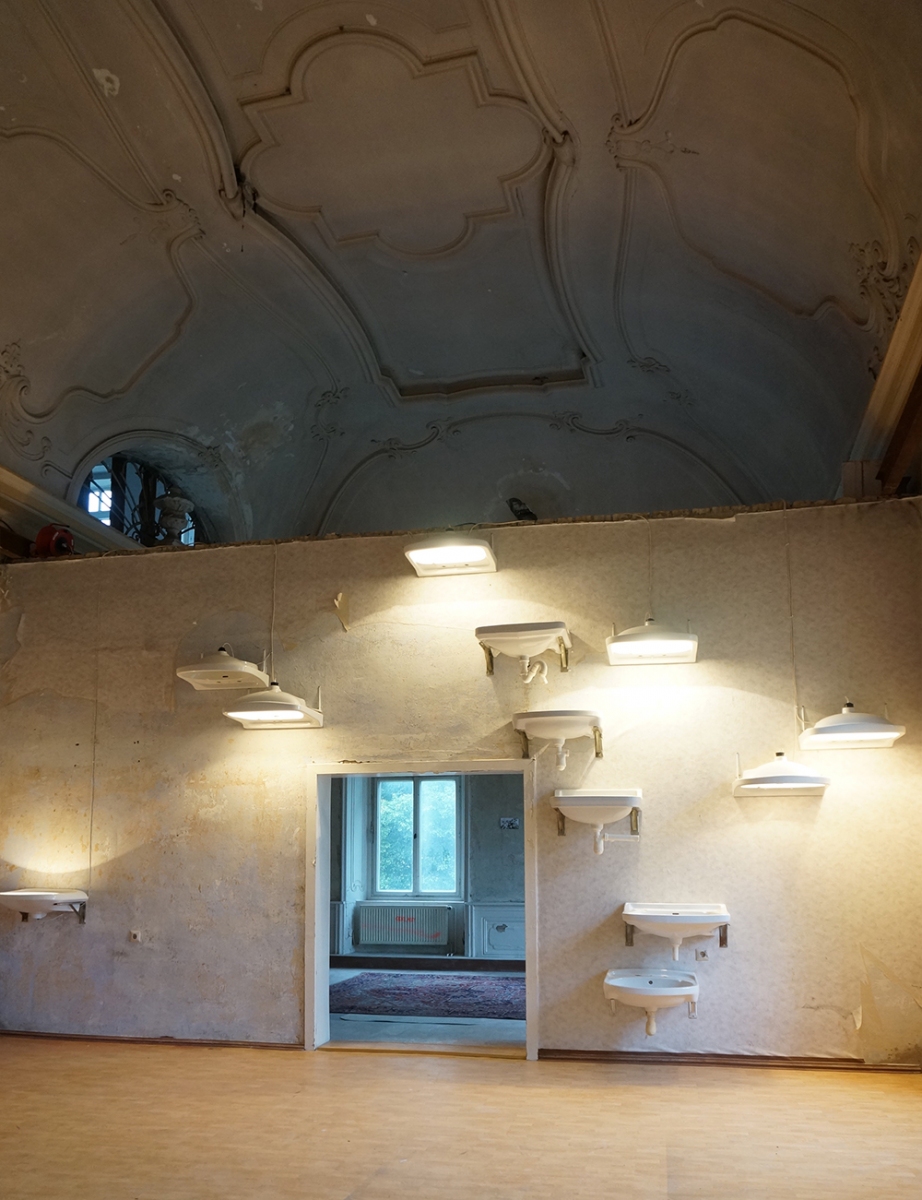